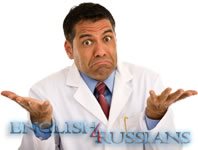 Patient: I'm in a hospital! Why am I in here?
Doctor: You've had an accident involving a bus.
Patient: What happened?

Prisoner: Look here, doctor! You've already removed my spleen, tonsils, adenoids, and one of my kidneys. I only came to see if you could get me out of this place!

A dentist, after completing work on a patient, came to him begging.
Dentist: Could you help me? Could you give out a few of your loudest, most painful screams?
Patient: Why? Docor, it wasn't all that bad this time.
Dentist: There are so many people in the waiting room right now, and I don't want to miss the four o'clock ball game.

A woman goes to her doctor who verifies that she is pregnant. This is her first pregnancy. The doctor asks her if she has any questions. She replies, "Well, I'm a little worried about the pain. How much will childbirth hurt?"
The doctor answered, "Well, that varies from woman to woman and pregnancy to pregnancy and besides, it's difficult to describe pain."
"I know, but can't you give me some idea?" she asks.
"Grab your upper lip and pull it out a little..."
"Like this?"
"A little more..."
"Like this?"
"No. A little more..."
"Like this?"
"Yes. Does that hurt?"
"A little bit."
"Now stretch it over your head!"

A mother and her daughter were at the gynecologist's office. The mother asked the doctor to examine her daughter. "She has been having some strange symptoms and I'm worried about her," the mother said.

The doctor examined the daughter carefully and then announced, "Madam, I believe your daughter is pregnant."

The mother gasped, "That's nonsense! Why, my little girl has nothing whatsoever to do with men." She turned to the girl. "You don't, do you, dear?"

"No, mumsy," said the girl. "Why, you know that I have never so much as kissed a man!" The doctor looked from mother to daughter, and back again. Then, silently he stood up and walked to the window, staring out.

He continued staring until the mother felt compelled to ask, "Doctor, is there something wrong out there?"

"No, Madam," said the doctor. "It's just that the last time anything like this happened, a star appeared in the East and I was looking to see if another one was going to show up."

An elderly woman went into the doctor's office. When the doctor asked why she was there, she replied, "I'd like to have some birth control pills."

Taken aback, the doctor thought for a minute and then said, "Excuse me, Mrs. Smith, but you're 75 years old. What possible use could you have for birth control pills?"

The woman responded, "They help me sleep better."

The doctor thought some more and continued, "How in the world do birth control pills help you to sleep?"

The woman said, "I put them in my granddaughter's orange juice and I sleep better at night."

The doctor and his wife were having a heated argument at breakfast. As he stormed out of the house, the man angrily yelled to his wife, "You aren't that good in bed either!"

By midmorning, he decided he'd better make amends and phoned home. After many rings, his wife, clearly out of breath, answered the phone. "What took you so long to answer and why are you panting?"

"What in the world are you doing in bed at this hour?"

"Getting a second opinion."

The tired doctor was awakened by a phone call in the middle of the night. "Please, you have to come right over," pleaded the distraught young mother. "My child has swallowed a contraceptive."

The physician dressed quickly; but before he could get out the door, the phone rang again.

"You don't have to come over after all," the woman said with a sigh of relief. "My husband just found another one."

A woman went to her doctor for a follow-up visit after the doctor had prescribed testosterone for her. She was a little worried about some of the side effects she was experiencing. "Doctor, the hormones you've been giving me have really helped, but I'm afraid that you're giving me too much. I've started growing hair in places that I've never grown hair before."

The doctor reassured her. "A little hair growth is a perfectly normal side effect of testosterone. Just where has this hair appeared?"

While attending a convention, three psychiatrists take a walk. "People are always coming to us with their guilt and fears," one says, "but we have no one to go to with our own problems." "Since we're all professionals," another suggests, "why don't we hear each other out right now?" They agreed this is a good idea. The first psychiatrist confesses, "I'm a compulsive shopper and deeply in debt, so I usually overbill my patients as often as I can."The second admits, "I have a drug problem that's out of control, and I frequently pressure my patients into buying illegal drugs for me." The third psychiatrist says, "I know it's wrong, but no matter how hard I try, I just can't keep a secret."