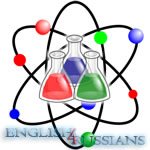 I want to tell you about the great Swedish inventor and industrialist. Alfred Nobel was born in Stockholm on October 21, 1833 but moved to Russia with his parents in 1842. In 1863 he began his own study in his father's laboratory. He had never been to school or university, but studied privately. He knew Swedish, Russian, German, French and English.

Alfred Nobel built up over 80 companies in 20 different countries. He was a man of many contrasts. He made a fortune, but lived a simple life. A lover of mankind, he never had a wife and died alone. Nobel invented a new explosive, dynamite, to improve the peace time, but it's used as a weapon of war. During his useful life he often felt he was useless. Nobel was never well-known. But since his death, his name has brought fame to others.

Nobel's main concern was never with making money. He came to care deeply about the whole mankind. He was always generous to the poor. His greatest wish was to see an end to wars. Alfred Nobel died in Italy in 1896. The Nobel prize is given for outstanding works in Physics, Chemistry, Physiology, Medicine and Literature. It is a memorial to his interests and ideals.

I think, that Alfred Nobel was one of the greatest inventors of our planet.