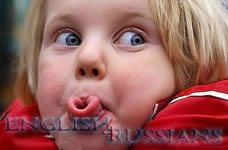 Dearest creature in creation,
Study English pronunciation.
I will teach you in my verse
Sounds like corpse, corps, horse, and worse.
I will keep you, Suzy, busy,
Make your head with heat grow dizzy.
Tear in eye, your dress will tear.
So shall I! Oh hear my prayer.

Just compare heart, beard, and heard,
Dies and diet, lord and word,
Sword and sward, retain and Britain.
(Mind the latter, how it's written.)
Now I surely will not plague you
With such words as plaque and ague.
But be careful how you speak:
Say break and steak, but bleak and streak;
Cloven, oven, how and low,
Script, receipt, show, poem, and toe.

Billet does not rhyme with ballet,
Bouquet, wallet, mallet, chalet.
Blood and flood are not like food,
Nor is mould like should and would.
Viscous, viscount, load and broad,
Toward, to forward, to reward.
And your pronunciation's OK
When you correctly say croquet,
Rounded, wounded, grieve and sieve,
Friend and fiend, alive and live.

Face, but preface, not efface.
Phlegm, phlegmatic, ass, glass, bass.
Large, but target, gin, give, verging,
Ought, out, joust and scour, scourging.
Ear, but earn and wear and tear
Do not rhyme with here but ere.
Seven is right, but so is even,
Hyphen, roughen, nephew Stephen,
Monkey, donkey, Turk and jerk,
Ask, grasp, wasp, and cork and work.

Pronunciation – think of Psyche!
Is a paling stout and spikey?
Won't it make you lose your wits,
Writing groats and saying grits?
It's a dark abyss or tunnel:
Strewn with stones, stowed, solace, gunwale,
Islington and Isle of Wight,
Housewife, verdict and indict.

Finally, which rhymes with enough?
Though, through, plough, or dough, or cough?
Hiccough has the sound of cup.
My advice is give it up!

I take it you already know
Of tough and bough and cough and dough?
Others may stumble but not you
On hiccough, thorough, slough and through.
Well done! And now you wish perhaps,
To learn of less familiar traps?

Beware of heard, a dreadful word
That looks like beard and sounds like bird.
And dead, is said like bed, not bead -
for goodness' sake don't call it 'deed'!
Watch out for meat and great and threat
(they rhyme with suite and straight and debt).

A moth is not a moth in mother,
Nor both in bother, or broth in brother,
And here is not a match for there,
Nor dear and fear for bear and pear,
And then there's doze and rose and lose -
Just look them up - and goose and choose,
And cork and work and card and ward
And font and front and word and sword,
And do and go and thwart and cart -
Come, I've hardly made a start!

A dreadful language? Man alive!
I learned to speak it when I was five!
And yet to write it, the more I sigh,
I'll not learn how 'til the day I die.

Anonymous (unless you know better)

Here is more pronunciation.
Ration never rhymes with nation,
Say prefer, but preferable,
Comfortable and vegetable.
B must not be heard in doubt,
Debt and dumb both leave it out.

In the words psychology,
Psychic, and psychiatry,
You must never sound the p.
Psychiatrist you call the man
Who cures the complex, if he can.

In architect ch is k
In arch it is the other way.
Please remember to say iron
So that it'll rhyme with lion.
Advertisers advertise,
Advertisements will put you wise.

Time when work is done is leisure,
Fill it up with useful pleasure.
Accidental, accident,
Sound the g in ignorant.

Relative, but relation,
Then say creature, but creation.
Say the a in gas quite short,
Bought remember rhymes with thwart,

Drought must always rhyme with bout,
In daughter leave the g h out.
Wear a boot upon your foot.
Root can never rhyme with soot.

In muscle, s and c is s,
In muscular, it's s k, yes!
Choir must always rhyme with wire,
That again will rhyme with liar.

Then remember it's address.
With an accent like posses.
G in sign must silent be,
In signature, pronounce the g.

Sew is just the same as so,
Tie a ribbon in a bow.
When you meet the Queen you bow,
Which again must rhyme with how.

In perfect English make a start.
Learn this little rhyme by heart.

Anonymous (unless you know better)